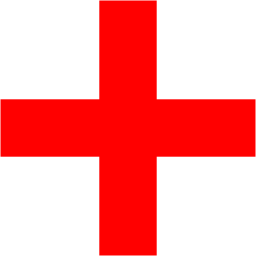 Medical Professionals do not always appreciate the insertion of faith into a patient’s care plan.  At the same time, there are members of both the clergy and laity that do not fully appreciate medical professionals – particularly those in the field of mental health.

This is terribly unfortunate and short-sighted.   What does faith have to do with healing?  For many the very idea conjures up images of televangelists, flamboyant activities, and, at least for some, charlatan practices.  For others, faith and healing go hand-in-hand as part of the overall healing process, which includes medical treatment.

Not long ago in The State (Columbia, SC) there was an article entitled, “The Miracle of Healing” highlighting the work of Jane Teas, PhD. a research professor at the Cancer Research Center of the University of South Carolina.  Her findings on the role of faith in healing have been published in Explore, a peer reviewed scholarly journal.  The study was partially funded by the Centers for Disease Control and Prevention.

Dr Teas conducted her research through a series of interviews with people claiming to have been healed, at least partially, as a result of their faith.  While a few of her subjects claimed healing derived solely from faith, “for almost all of the people in [the] study there was a significant overlap between God and medicine.  This included doctors being divinely placed in the right place at the right time, or being divinely led to extraordinary heights of expertise during the specific medical treatments.”

There are some in the Church and others in the practice of medicine who views the other with suspicion or worse.  There are denominations which make it a point of doctrine to reject medical care.  At the same time, there are some within the medical professions who reject the impact faith has on healing.  “One person reported that after being healed by faith, her doctor refused to see her anymore.”  These extremes see faith and medicine in competition with one another rather than complimentary to each other.  It seems a better understanding of embodiment would be both helpful and more healthful.

Embodiment recognizes the truth that we, as human beings, are more than just our bios our physical bodies – we each have a spirit, a soul, that non-tangible part of us that makes us who we are, our psyche.  In Genesis, Moses recorded that it is God Himself who breathed His spirit of life into us and made our bodies alive.  Our bios and our psyche (or nepesh if you prefer the Genesis version) are intertwined an interdependent.  Without the body the soul has no platform, without the soul the body is without life – this is embodiment.  This mutual dependence is found in the language of the Genesis account where it says when God breathed into Adam he “became a living soul.”  Body and soul make up the complete person, medicine and faith practiced in complimentary manner make up complete care.