Who is Fr Steven Rindahl? 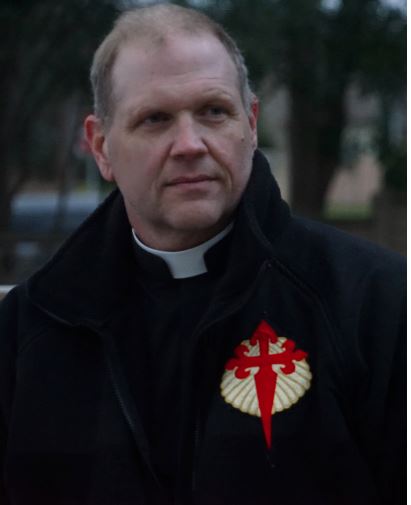 I previously served in the United States Army as a chaplain.  While in the Army I deployed in support of Operation Iraqi Freedom as the chaplain to Black Knights of the 1st Battalion of the 5th Cavalry Regiment in the 1st Cavalry Division.  My career in the Army Chaplaincy culminated with an assignment as the Curriculum Developer and Instructor at the Army Medical Center and School in San Antonio, TX.  In that position I wrote and taught the Army Chaplain’s course on how to provide a Ministerial Response to Moral Injury.

Prior to becoming a chaplain I was a US Army Paratrooper for many years.  While stationed in New York I served as an adjunct professor for Empire State College (SUNY) teaching “Introduction to World Religions” and “Religious Thought in the World Perspective.”  In 2017 I travelled to Kenya to teach a Ministerial Response to Trauma to the students at Bishop Hannington Theological College.

I have a BA from Excelsior College (Formerly Regents College, University State of New York).  My theological education includes the Master of Divinity (Southwestern, Ft Worth), Master of Theology from (Cranmer Theological House, Houston), Master of Theology in Preaching (University of Wales, Wales), and Doctor of Ministry (University of Chester, England).  Both of the degrees from the UK were done with Spurgeon’s College (London).  My military education includes the Chaplain Basic Course, Chaplain Career Course, the Brigade Chaplain Functional Course, Airborne School, Jumpmaster School, Rough Terrain Parachutist Course, and the Air Assault School among others.

I have been interviewed by various media outlets.  Follow these links to see the interviews by  NBC/MSNBC and PBS and by the US Army Chaplain Corps.

I post book reviews and essays on a variety of theological subjects at academia.edu.  To see these essays click here.

It has come to my attention that there has recently been a letter circulated by the ICAB (Igreja Catolica Apostolica Brasilieira – AKA The Apostolic Catholic Church of Brazil) that makes the accusation that I have been claiming to be a bishop within ICAB.

Regardless, I reply to the anonymous accuser as Nehemiah did when he was falsely accused, “No such things as you say have been done, for you are inventing them out of your own mind” (Nehemiah 6:8). Furthermore, no matter who spoke these lies, all lies come from the evil one and are designed in the attempt to derail and destroy Christian ministry. As Jesus said about those who spread such lies, “You are of your father the devil, and your will is to do your father’s desires. He was a murderer from the beginning, and does not stand in the truth, because there is no truth in him. When he lies, he speaks out of his own character, for he is a liar and the father of lies” (John 8:44).

I do believe that the leadership authorities with the ICAB issued their letter in good faith after hearing what are slanderous lies. However, if the ICAB continues to distribute said letter, they are equally complicit in the act of slander.

Warriors on the Way