The Eighth Station – Weep for Your Children 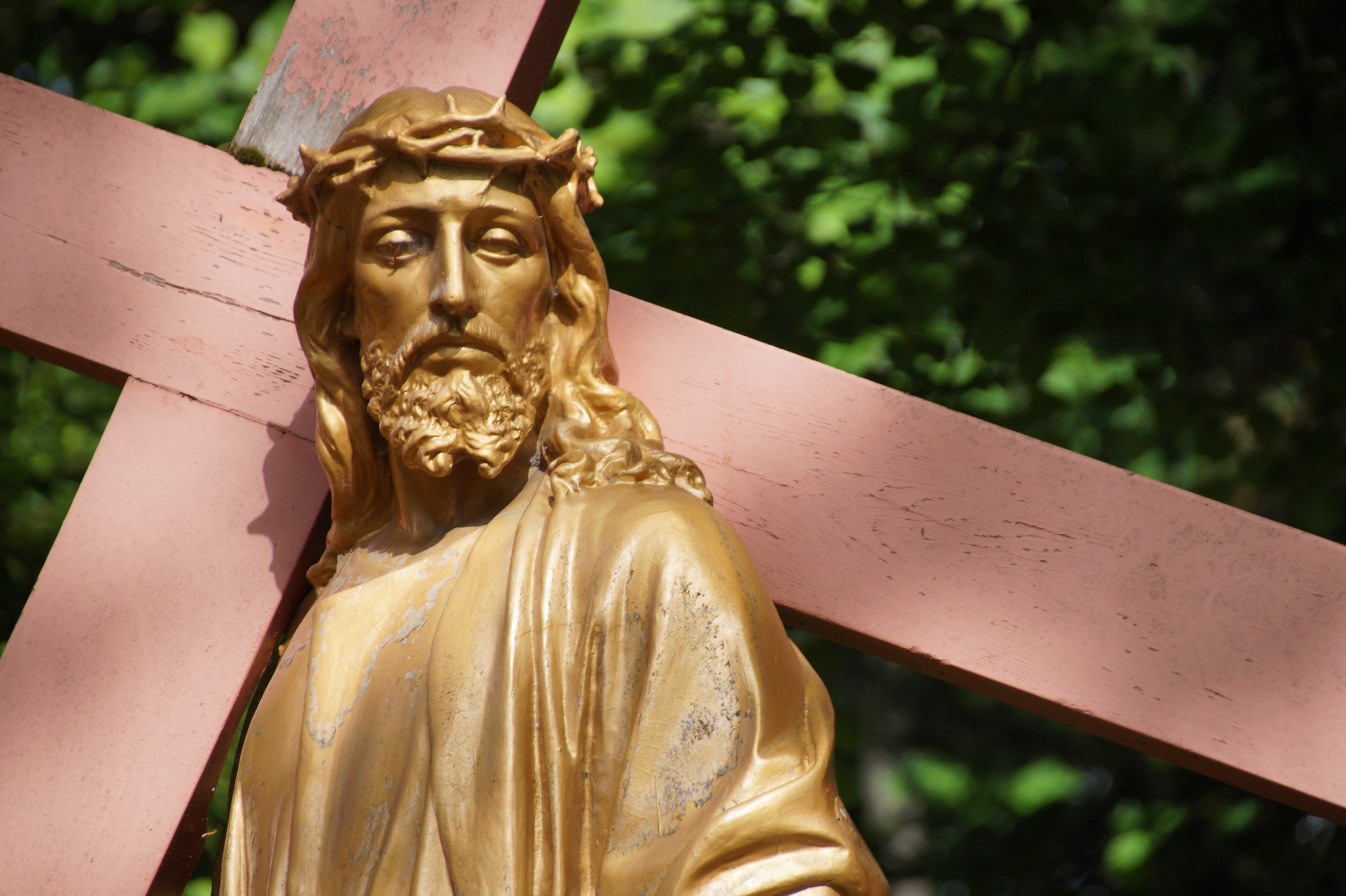 The Eighth Station of the Cross – Jesus Speaks to the Women

Not long ago I went on pilgrimage to Lourdes.  It was a wonderful trip, and I am very appreciative of the Knights of Columbus for having sponsored this opportunity for veterans to go to the International Military Pilgrimage to Lourdes which occurs each year (this year being the 59th) through their Warriors to Lourdes program.

One of the events of the pilgrimage was walking the Stations of the Cross.  Lourdes has a fantastic set of life-size Stations that wind through a wooded area behind and above the Basilica.  As you walk and experience the Stations, you are treated to magnificent views of the French countryside and the Pyrenees in the distance.

I was enjoying the contemplation evoked by the devotional readings for each of the Stations.  A fine priest guided us with a voice that transported you to the Station he described; it was easy to enter into the scene as he read and prayed.

Then we got to the Eighth Station – Jesus Speaks to the Women.  Now there are a variety of readings associated with the Stations of the Cross.  Some run along certain themes or are tuned to certain intended participants.  Personally, it is a rare day that I find a set of readings associated with the stations that I do not like.  I consider the Stations to be the most accessible means by which a person can tangibly join in and experience the way Jesus suffered on our behalf.  I am almost always deeply moved when walking through – praying through – the Stations of the Cross.  This day was no different, but until we got to the Eighth Station I was not fully involved.  As we looked at the giant statuary representing Jesus and the women that He met along the Way to the Calvary the priest read, “But Jesus said to them, ‘Weep not for Me but for your children’.”

At that moment, I was plunged headlong into the depth of the meaning of that Station.  You see just prior to going to Lourdes I learned of some troubling news within my family and had been praying about it ever since.  In fact, my focus on that is what had kept me from fully engaging the previous Stations and some of the other activities in which we had already participated.  Now I hear the words of Jesus – Weep not for me but for your children.  I was overwhelmed – I heard – I interpreted this as, “I have chosen this.  I carry this Cross to bear the sin, the damage, the hurt, the anguish on your behalf.  Yet you are still choosing to live in the damage that does nothing but cause you pain.  Weep for your children for they too will feel the pain.  Pain that only continues because people refuse to follow Me.”  We finished the remaining Stations, walking from one to the next, but in my head I never left the Eighth Station – Weep not for Me but for your children.

A few days later I was back in the United States, and immediately there is news of a suicide bomber in Manchester killing young people at a concert.  Just another day and an ice cream shop frequented by children in Baghdad was bombed, then children in the Philippines are killed by terrorists, and just now another attack in London killing people, each one somebody’s child, by vehicular attack followed by knife attacks.  Weep not for Me but for your children.

In the Lord’s Prayer we pray for God’s will to be done on Earth as it is in Heaven, but then we go back to following our own will and ignoring that of God.  As long as people choose self-will over God’s will, we shall weep for our children.

Will you join me and pray and act on that prayer that God’s will be done here on Earth?  It is time we start blessing our children so that we can stop weeping for them.

the Rev’d Dr SG Rindahl
Warriors on the Way