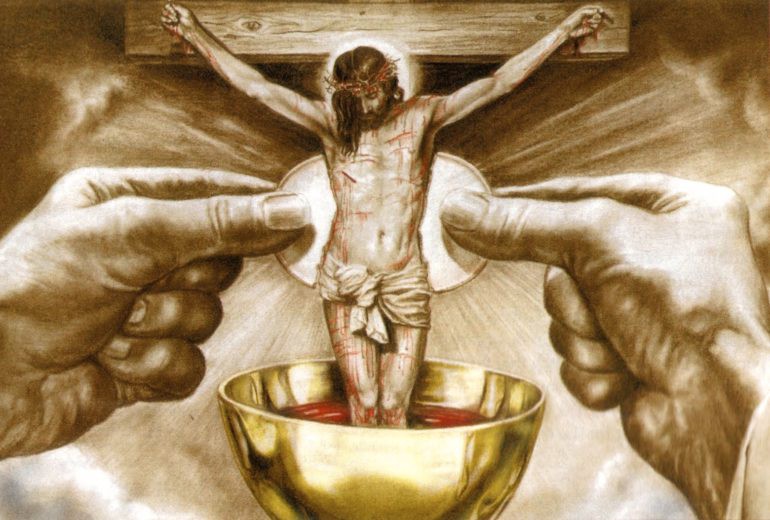 Atonement is a rather “loaded” word.  Meaning that people have distinct opinions about it and those opinions tend to break into certain doctrinal beliefs.  The leading belief among protestants (who make up the majority of Christians in the United States) is one called Penal Substitutionary Atonement or PSA for short.

Because Christians agree that humanity cannot withstand the wrath of God, those who believe that God intends to pour out His wrath have had to decide how to escape the wrath.  This is where PSA comes in.  Jesus will be the Substitute and be Penalized on our behalf in order to effect our Atonement with God the Father.

Before going any further, it should be noted that this doctrine of PSA was developed during the “Reformation” by men like John Calvin, a trained lawyer prior to turning to theology.  It is no wonder that Calvin and men like him saw the soteriology (fancy way of saying the doctrine of salvation) of God to be a matter of Law and Penalties.  The trouble is, the doctrine they (and their successors) claim as being biblical was not taught in the Church until it was codified during the aforementioned Reformation.

For me, that alone is enough to discount and even totally dismiss PSA as a fabrication.  My go-to rule of thumb on this topic (and those like it) is that God does not hide His truth from His people for one and half thousand years.  Other people, however, may not find that rule of thumb convincing enough.  If that describes you – read on.

Christians largely agree that in Jesus the ultimate – the perfect – sacrifice was made which put a cap on and ended the need for all other sacrifices that were in use until the Crucifixion of Jesus.  This general consensus is an important issue as it should, therefore, form what we believe about the Sacrifice of Jesus.  If Jesus is (and we all tend to agree that He is) the culmination and perfection of the Old Testament sacrificial system, then we must look to that system to develop any doctrine we might have about the sacrifice of Jesus.  Meaning – Was the OT sacrificial system punitive?  Is PSA a valid doctrinal continuation of the OT system?

The bottom-line to those questions is a resounding NO.

First, God did not hate the sinner who is in need of reconciliation.  God specifically provided a means by which the sinner could be re-aligned with God.  While that means is a matter of making a sacrifice from within what the sinner possesses, it is not a punishment but rather an issue of the person taking responsibility for his or her actions.  Further, these sacrifices are means by which interior repentance are demonstrated not mechanical or transactional means to force God to forgive.  Want proof?  Listen to King David (whom God described as a man after His own heart and the apple of His eye).

For you take no delight in sacrifice;
were I to give a burnt offering, you would not be pleased.
The sacrifice acceptable to God is a broken spirit;
a broken and contrite heart, O God, you will not despise.
~ Psalm 51:16–17 ~

Second, God did not hate or pour out wrath on the sacrifice.  The sacrifice was offered and then was shared between God and man with the assistance of the priest.  Grain offerings, meat offerings, drink offerings almost always ended with a consumption of the sacrifice displaying that communion was restored with God the Father.  These items of sacrifice were not hated or despised or subject to wrath.

In that second point we see the Sacrifice of Jesus.  Jesus made Himself the Sacrifice so that we could be restored to Communion, re-aligned, justified, with God the Father.  It is not hateful or wrathful but loving and nurturing.  And, just like in the sacrifices of the Old Testament, Christians with the assistance of the priest consume the sacrifice of Jesus made real to us through the transformation of the bread and wine into the Body and Blood of our Lord and Saviour and Sacrifice Jesus Christ.  In this way we are displaying and giving evidence to our restored communion with God the Father.

For God so loved the world that he gave his only-begotten Son,
that whoever believes in him should not perish but have eternal life.
For God sent the Son into the world, not to condemn the world,
but that the world might be saved through him.
~ John 3:16-17 ~

Can you find a wrathful hateful God looking to penalize the world in that?  No?  Neither can I.

www.StevenRindahl.com
Warriors on the Way