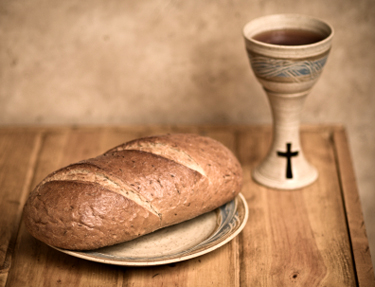 Have you heard the story about when Jesus fed the 5,000? It is a truly amazing story. Jesus is being followed by the crowds. Some want to be healed, some want their family members and friends to be healed, and some simply want to see the amazing works Jesus is performing. Bottom-line is that they are all hungering after something. As the day progresses toward its end Jesus realizes that no matter what the people are hungering after – no matter why it is thy started to follow Him around, they would be getting physically hungry. The hungering people needed to eat. Jesus said to His disciples, “Give them something to eat.” The trouble was that there were only a few loaves of bread a couple of fish. Compared to 5,000 that is nowhere near enough food and they told Jesus that plainly.

The disciples being faced with the number of people and their meager resources look at Jesus and said, What are we going to do with the little food we have – Jesus do you really want for us to go shopping for food for a crowd this size? In response Jesus tells them to get the disciples seated in groups – everyone is to be in a group of 50 or so (more on that in another post). While the disciples were doing that Jesus took the food and said a prayer of blessing over it. Once Jesus blessed it He broke the loaves into pieces and instructed his disciples to carry it out to the hungry. Bring it out to the groups that they had formed. Bring it out so that everyone can eat of the bread.

By the time they were done everyone had eaten and everyone was satisfied. You see there is an unlimited supply of the bread of life. All the people had come to Jesus because they were hungry. Hungry for healing – physically, mentally, emotionally, relationally – it really does not matter what they needed healing from just that they were hungry for it. In their hunger they went to Jesus because His fame for healing had spread through the land. At the end of the day, Jesus represented the healing of that hunger – the hunger for healing all of them had, by giving them the unending supply of the Bread of Life.

Which role do you find yourself in today?

Are you hungry? If so there is an unending supply of the Bread of Life. The Gift of Jesus never runs out. The hungry will be filled and there will be left-overs. The only question you must answer is, Will you sit with others and be fed?

(You can read the whole story here.)