They Hold Their Manhoods Cheap

I just read an article about a controversy over the new 2 pound coin in the UK.  I offer this reply:

Responding to the call of one’s country in a time of need is honourable, self-sacrificing, displays integrity, and requires personal courage. In an all-volunteer force (as the Armed Forces are now) less than one percent of the population is willing to set aside personal ambition for the sake ensuring the safety of their fellow citizens. I suspect that the Fellowship of Reconciliation is not really “concerned the launch of the new £2 coin, depicting Lord Kitchener’s famous call to war, will ‘glorify war’.” Rather, it is much more likely they are discomfited by their own lack of service to country and countrymen and do not wish their pocket money constantly reminding them that it is through the sacrifices of men and women better than themselves that they are free to do what they do.

And gentlemen in England, now a-bed

Shall think themselves accurs’d they were not here,

And hold their manhoods cheap whiles any speaks

That fought with us upon Saint Crispin’s day. 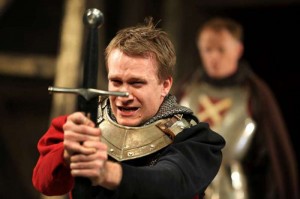